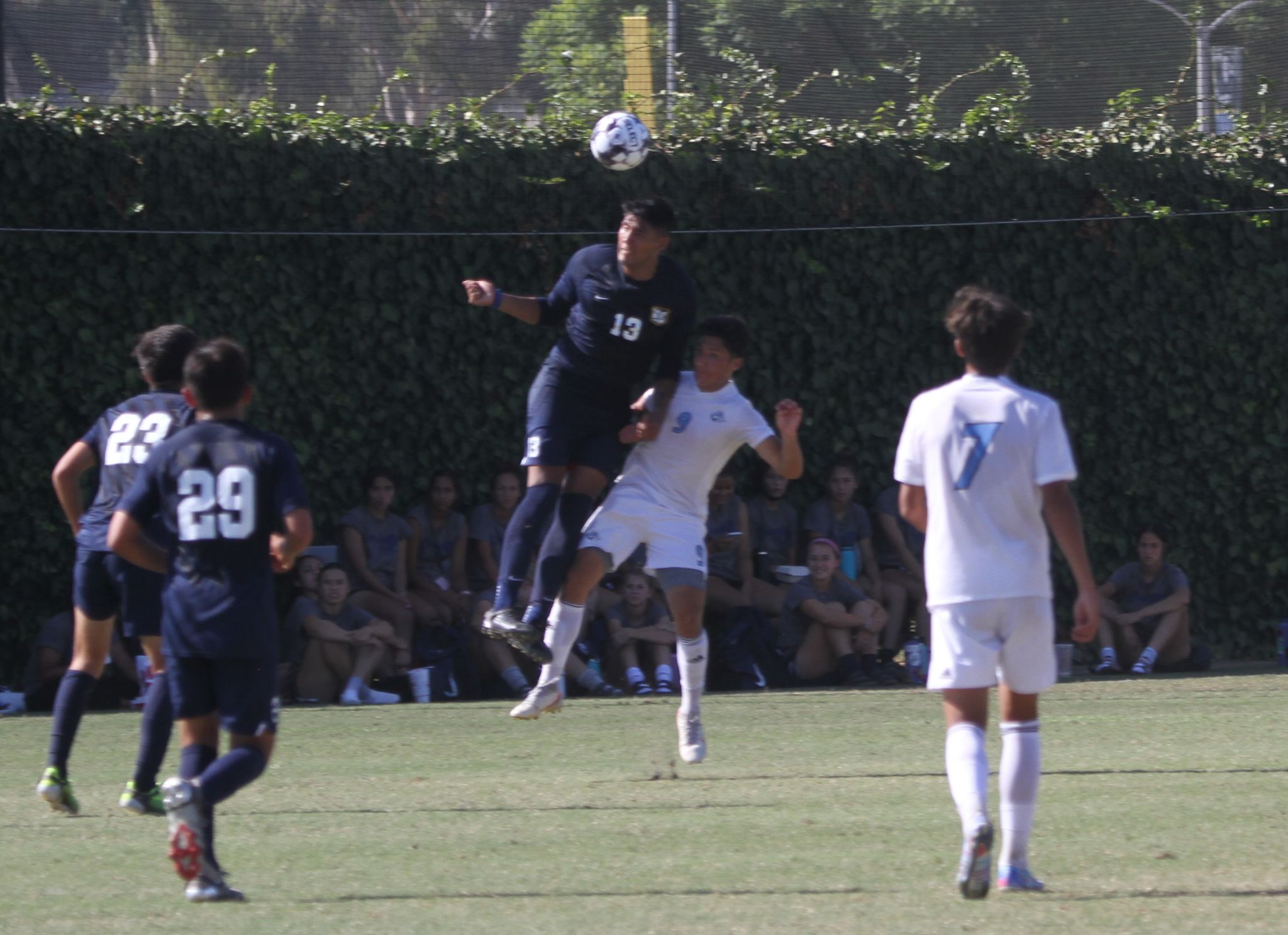 Hornets’ goalkeeper Andres Ramirez, also had a successful day defending the goal, racking up a total of four saves.

In the first half of the match, defender Pablo Lozano saw a chance to put his team up 1-0. Lozano was near the goal with some open space when he took his shot and scored.

With close shots and competitive defenses, Lozano’s was the only goal going into halftime.

The Coyotes came close to tying up the score with a few minutes left in the match but Cuyamaca struggled to get into a prime position for a goal.

Fullerton saw a few scoring opportunities slip away but made up for any mistakes on the other side of the field.

Few teams this season have had success against Fullerton’s defense, allowing only six goals leading up to this game.

“From the strikers all the way to the goalie, everyone defends,” a Fullerton defender, Ivan Perez said. “We try to win the ball back because we’re better when we have the ball.”

Perez also said, Fullerton men’s soccer team, hopes to improve its offense moving forward. Fullerton’s team had not scored a goal since their game against Canada College on Sept. 16.

The Hornets, coming off of a 0-0 draw against Santa Rosa Junior College, had multiple long offensive possessions but were unable to capitalize and create any insurance goals.

Fullerton has not had a problem scoring goals, before the past two games, having a total of 15 goals entering Tuesday’s home opener.

“We need to be more clinical for sure. Take our chances.” Perez said while discussing what offensive improvements are needed to get more goals on the board.

Taking advantage of every opportunity possible is an objective that the Hornets are looking to refine, Perez stated.

The heat also played a big role in the outcome of the match, especially because of how close the score was up until the end.

With temperatures in the high 90s, players from both teams were constantly substituting in and out.

Despite these obstacles, Perez explained how the Fullerton College men’s soccer team has prepared for these moments. In order to stay competitive in close games like these, the team does a lot of conditioning during practice for games coming down to the final minutes.

Fullerton men’s soccer brought these skills and improvements with them on Friday, as they defeated Compton with the final score of 3-0.

The Hornets men’s soccer team will be heading to Golden West College to take on the Rustlers on Sept. 28 at 3 p.m.

Jared Chavez (He/Him) is a journalism major from La Mirada, California. In his free time, he likes to listen to music and go to events.

Jared Chavez (He/Him) is a journalism major from La Mirada, California. In his free time, he likes to listen to music and go to events.